Friday night before bedtime, I started eating salty food to satiate my cravings. I knew I was going to be in trouble. High sodium can trigger my tinnitus, caused by Meniere’s, that will sometimes result in vertigo.

I reaped the consequences and had a mild vertigo attack this morning. I had to cancel my Chinese class and rest. Thankfully, around afternoon, I felt better. I had a chance to continue some of my digital marketing and copywriting projects.

Wrong choice equals negative consequence. The formula is simple. Easier said than done. Easier to type but hard to translate into reality.

I made mistakes last year that affected me personally (and emotionally). What’s more, it ended up pretty bad (and sad). It affected my work-life balance, productivity, and creativity.

But I had to will it. New Year means, “new me.” And despite the emotional rollercoaster ride, I had to recalibrate myself. I should focus now, move on, and learn from those mistakes.

It takes courage for a creative person “to will things to happen.” What do I mean by that? Creative people think differently. And when you mess up with these “weirdos” it can immensely affect how they produce and create.

So instead of shooing away loneliness, guilt, and shame, I chose to sit beside each one and deal with it. And besides, I need to work. I need to produce something.

Because escape is not always the answer. It’s confrontation. It’s honesty. It’s also forgiving oneself.

So, next time before I take another bite of a pickle or a pork crackling, I’d have to talk it over to myself. 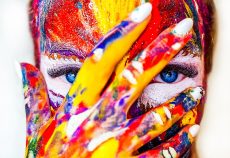 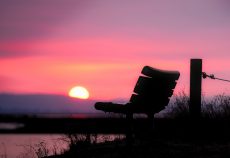